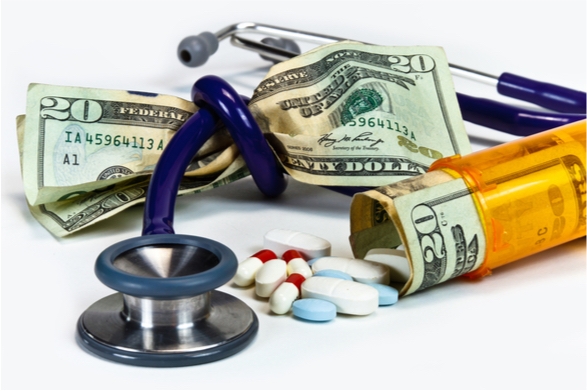 Republicans and Democrats have an opportunity to work together to come up with reforms to address the high cost of health care. A draft discussion was recently released addressing surprise billing and the rising cost of prescription drugs, two of the most common problems for patients. We are hoping that this draft bill will be passed soon to help reduce out-of-pocket health care costs for everyone.
New Proposal Aims to Address Rising Out-of-pocket Health Care Costs: Prospect for Bipartisanship?
by Kara Jones

Republicans and Democrats have an opportunity to work together to come up with reforms to address the high cost of health care. There are some areas of agreement on this issue. The Senate Health, Education, Labor, and Pensions (HELP) Committee, led by Chairman Lamar Alexander (R-TN) and Ranking Member Patty Murray (D-WA) released a draft discussion of nearly three dozen specific proposals to reduce out-of-pocket health care costs and increase health care price transparency.
The five main parts of the draft bill, the Lower Health Care Costs Act of 2019, include:
1. Tackle surprise medical billing: The bill would make sure that patients are not held responsible for surprise medical bills received when they see an out-of-network doctor that they didn’t choose. The bill lists three different approaches that health care providers and insurance companies could take to resolve payment for these surprise bills.
2. Lower the price of prescription drugs: The bill would ensure that pharmaceutical companies don’t game the system to prevent new and lower-cost generic drugs from coming to market. It would also help generic drug and biosimilar companies to speed drug development and avoid patent infringement by providing a searchable patent database. These actions would get lifesaving drugs into the hands of patients more quickly.
3. Increase transparency in the health care market: The bill would set up a non-profit entity to create an all-payer claims database, which would house anonymous patient health care data that patients, states, and employers could use to better understand their health care costs. The bill would also ban certain anti-competitive hospital contracts, such as those that prevent insurers from sharing pricing information with patients.
4. Improve public health: The bill would authorize grants to address important public health issues such as increasing vaccination rates and reducing maternal mortality. It would also give states an evidence-based guide to develop programs to prevent obesity and other chronic health conditions.
5. Enhance health information technology: The bill would give patients full, electronic access to their own health care claims information and would incentivize health care systems to keep patients’ personal health information private and secure.
Health care reform is a polarizing issue between Republicans and Democrats, and with current gridlock in Congress, it is not possible for either party to pass its own comprehensive reform. However, rising health care costs continually rank in the top three issues that voters are most concerned about. This presents an opportunity for the two parties to come together and compromise on ways to reduce health care costs for all Americans.
Two areas where we are most likely to see movement in Congress are on surprise billing and prescription drug costs. Large surprise medical bills have become a growing problem for patients who unknowingly visit health care providers that are out-of-network. And as insurance deductibles continue to rise year after year, patients are feeling high prescription drug costs more acutely.
There have been numerous bills introduced to address these two issues, and both Republicans and Democrats agree that patients need relief. The Lower Health Care Costs Act of 2019 would directly address these issues, as well as the others listed above, in its aim to reduce out-of-pocket health care costs.
The Senate HELP committee is requesting input on the draft to be submitted to LowerHealthCareCosts@help.senate.gov.The committee plans to hold hearings on the legislation by the end of June and put the bill to a vote later this summer.