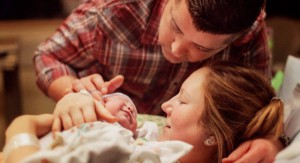 The Cost of Giving Birth: What Expecting Parents Should Know About Medical Billing
Giving birth in America comes with a lot of costs, some disclosed and some not. It is possible to manage the cost of childbirth through informed, careful decision-making. The key is to plan ahead. The below article includes quotes by Medical Cost Advocate and appeared on Fatherly.com on August 16, 2019

Moments after my daughter’s birth, I basically had to negotiate the cost of a timeshare.
My first job as a new dad was choosing a recovery room at a Manhattan hospital known for luxury accommodations. It was the dead of night. I was exhausted and unsure about our insurance coverage, so I opted for a lower-tier option. Months later, our insurance covered the room but, because of a billing error that took months to resolve, didn’t cover basic care.
Sorting out the cost of birth was confusing and stressful. But compared to other parents, my family had it pretty easy. Giving birth in America is an expensive, confusing process where parents often feel like they have no choices or negotiating power. But medical billing experts and maternity care advocates say it’s possible to manage the cost of childbirth through informed, careful decision-making.
In a 2013 national study of inpatient care costs, pregnancy and childbirth hospitalizations accounted for five of the 20 most expensive conditions for hospital stays covered by Medicaid and three of the 20 most expensive conditions for hospital stays covered by private insurance. The mean hospital stay expense is $18,000. All told, a standard birth could run you roughly $30,000. If a C-Section is required? It’s considerably more. But despite the price tag, births aren’t big money-makers for hospitals. Sean P. Lillis, founder and CEO of New York City–based medical billing services firm Billing Geeks, notes that the high cost of birth for parents doesn’t translate into enormous profits for hospitals.
Per Lillis, hospitals don’t make money off of obstetrics. Hospitals have to devote considerable time, resources, and staff for labor. Despite the overhead, private insurance pays hospitals according to fee-for-service schedules, meaning insurance pays more to hospitals for some types of patients, like the ones undergoing short stay surgical procedures requiring a battery of tests and procedures, than others, like the ones giving birth. “They can’t make their maximum reimbursement charge rate,” he says.
While the real action of having a kid happens in the delivery room, that’s not what you pay for. Most labor costs happen later, during the mom’s short hospital stay following birth.
“Four out of five of all dollars paid on behalf of the mother and the baby across that full episode from pregnancy through the postpartum and newborn period go into that relatively brief hospital window,” says Carol Sakala, Director of Childbirth Connection Programs at the National Partnership for Women & Families.
Some of the hospital costs, like medical tests for the baby and mother, can’t be avoided. Others you might be able to work around. Some hospitals reportedly impose fees for using their TVs; others can charge as much as $20 for an Ibuprofen. Packing an iPad and a bottle of Advil in your go-bag can defray some of those gotchas. But, honestly, saying no to these add-ons is chump change compared to what you can save by doing a little homework ahead of time.

How to Avoid the High Costs of Child Birth
Maria Montecillo, a healthcare insurance and billing advocate for the New Jersey medical billing advocacy firm Medical Cost Advocate, says parents should get in the weeds of their health plan as soon as they know they’re expecting. Knowing what health care providers are in your network makes a huge cost difference. And if your network’s too small, you may be lucky enough to be able to expand it. While it isn’t easy to time a pregnancy, the months leading up to your company’s health care enrollment period are an ideal time to make informed coverage changes.
“If you know you’re going to be pregnant this year, think about changing your insurance coverage,” Montecillo says. “You’ll pay a higher premium now but it’ll work out later.”
And when you’re getting close to the due date, taking your time can save a lot of money. Hospitals often try to slot births into a timetable that benefits the institution but may harm its patients, as there’s evidence early admission correlates with higher rates of labor induction and C-section births.
“The system is, for its convenience, pushing women into giving birth at weekday, daytime, non-holiday hours,” Sakala says. “A vast number of labor inductions, which add costs, could be avoided, a vast number of Caesarians, which add costs, could be avoided.”
Delayed admission to labor, where the mother doesn’t enter the delivery until they’re in active labor, is a simple way to reduce the cost of birth. Under delayed admission, the mother, ideally with the guidance of a midwife, doula, or other birthing professional, monitors the frequency and intensity of her contractions.
If the expectant mother has a hearty constitution or advanced skills in pain management, forgoing an epidural can avoid billing surprises.
“One of the places where people are getting into trouble with out-of-network providers is with the anesthesiologist,” Sakala says. “You didn’t choose that person, and the person who’s on call at that time could very well be out-of-network and those charges could be sky-high.”
It might be possible to skip the hospital — and its price tag — altogether. Sakala is a big proponent of birth centers, non-hospital labor facilities that offer natural births, without epidurals, inductions, or Caesarians or the high costs associated with those procedures. “They’re avoiding many things that are avoidable and pulling in beneficial practices that might be kind of low-tech, like being up and about, as opposed to staying in bed,” she says. “Or being in a tub or being in a shower. Those kinds of things can make a huge difference.”
The first month after the birth, parents have a small window of opportunity to shuffle around their insurance coverage. If the mother and father have separate insurance coverages, a baby’s birth is automatically billed under the mother’s insurance. They have 30 days to add the newborn to either the mother or father’s policy. Tracking the vagaries of insurance coverage can easily slip down the priorities list when you’re dealing with a newborn but ignoring it can court disaster.
“I once had a case where the parents ‘forgot’ to add the baby into their insurance plan, and they had to wait until open enrollment for the baby to be added,” Montecillo says. “As luck would have it, the baby developed complications and needed surgery. The insurance company stuck to their guns and refused coverage for the baby, as this was clearly stated on the policy and the parents were hit with a huge medical bill.”
When your insurance company’s bill for the birth arrives, don’t rush out to the post office with a check. Take your time and scrutinize the charges. Insurance coverage is complicated, even for insurance professionals. Mistakes happen. An insurer may have calculated a payment on the basis of an incorrect fee schedule for your plan or charged you for something that wasn’t performed.
“Look over the bill carefully,” Montecillo says. “It’s just like at a restaurant. You want to see that if you ordered chicken nuggets that they charged you for chicken nuggets.”
Spotting a costly error can be infuriating. Nonetheless, overt hostility is the wrong approach to the discovery. Montecillo says that everything is negotiable — she chiseled down a $60,000 triplet birth to a $1,300 final bill, for example — but only when the person on the phone wants to negotiate. And that means being not just polite but persuasive. “Start with sweetness but if you’re not getting anywhere, ask to talk to a manager,” she says.
And Montecillo speaks from experience. Before working on behalf of consumers, she spent 14 years as billing manager for a large private medical practice.
“I was on the other end of those calls and I know that I can make changes,” she says. “But if you’re nasty or you’re saying mean things about the doctor, I can say no.”

Trump and Congress Tried to Make Coronavirus Testing and Treatment Free, but People are Still Getting Big Bills when They Go to the Hospital